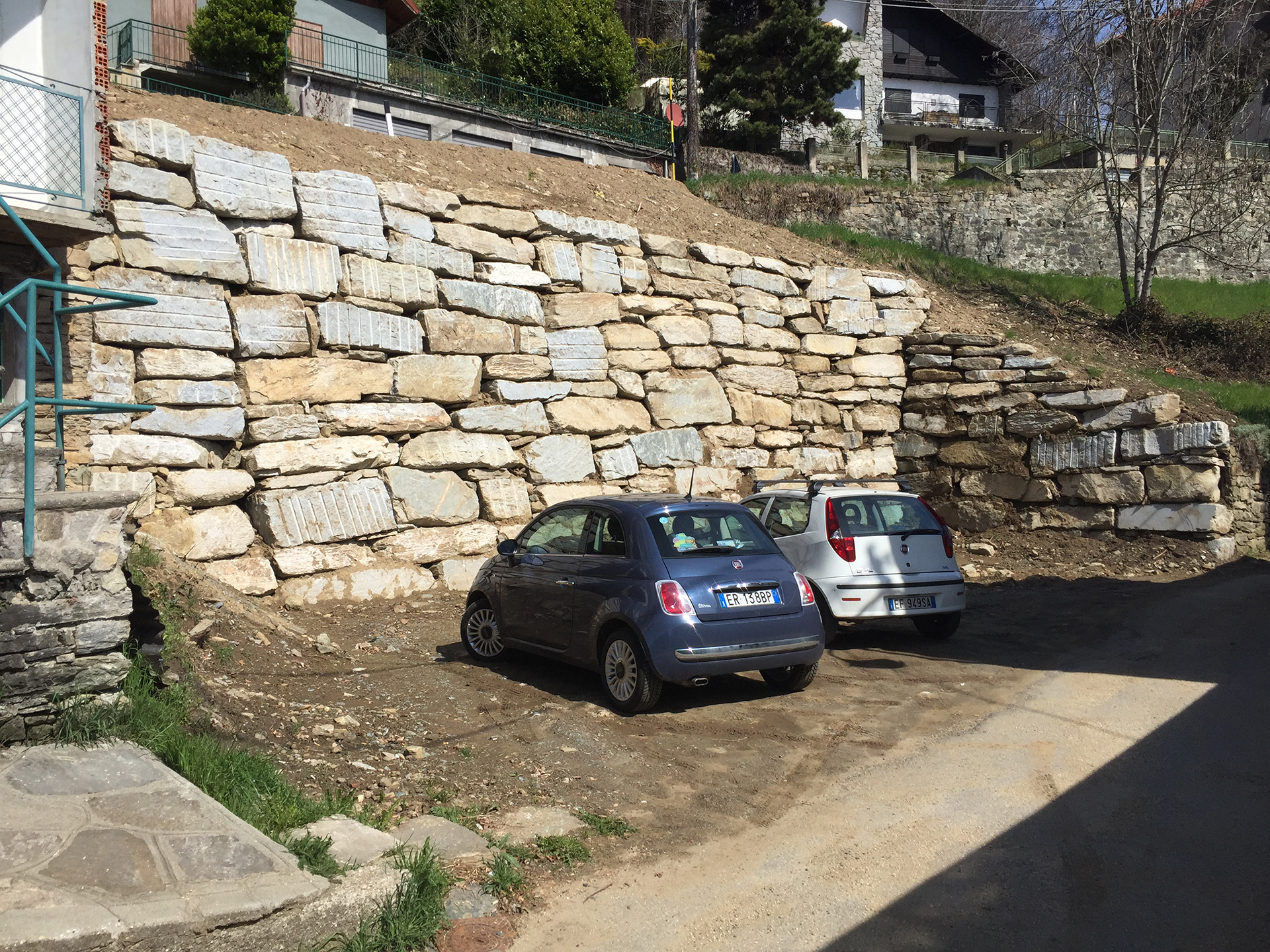 The intense rainfall of November 2016 caused several landslide in the mountain area of the Municipality of Rubiana. This, in the Locality of Mompellato, developed immediately downstream of the provincial road to the Colle del Lys, reducing its roadway and destroying its stability. The movement involved a ruin located inside the fraction and produced a significant accumulation of material (about 200 cubic meters) preventing access to numerous buildings. Once the landslide accumulation was removed and access to the houses was restored, a work was carried out to support the provincial road network through a boulders wall, on a length of about 12 m and average height of about 6 m. This, in addition to performing the static support function, allows the natural drainage of the sub-surface waters of the affected slope. The compartment created at the base of the work is now used as a parking lot by residents.
Year: 2017 Client: Comune di Rubiana Project Name: Stabilization works on the provincial road of Colle del Lys in Mompellato Location: Mompellto – Comune di Rubiana 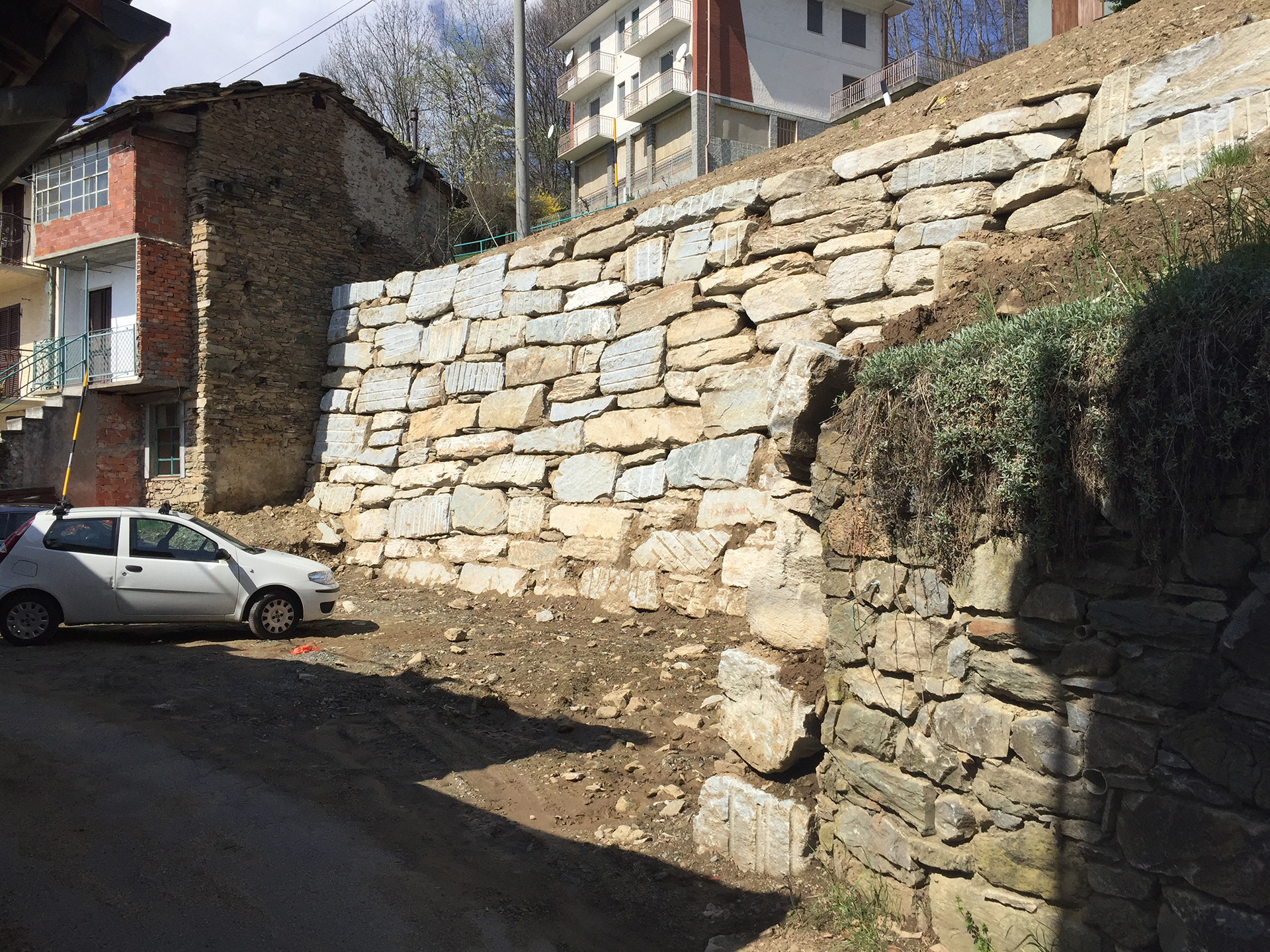 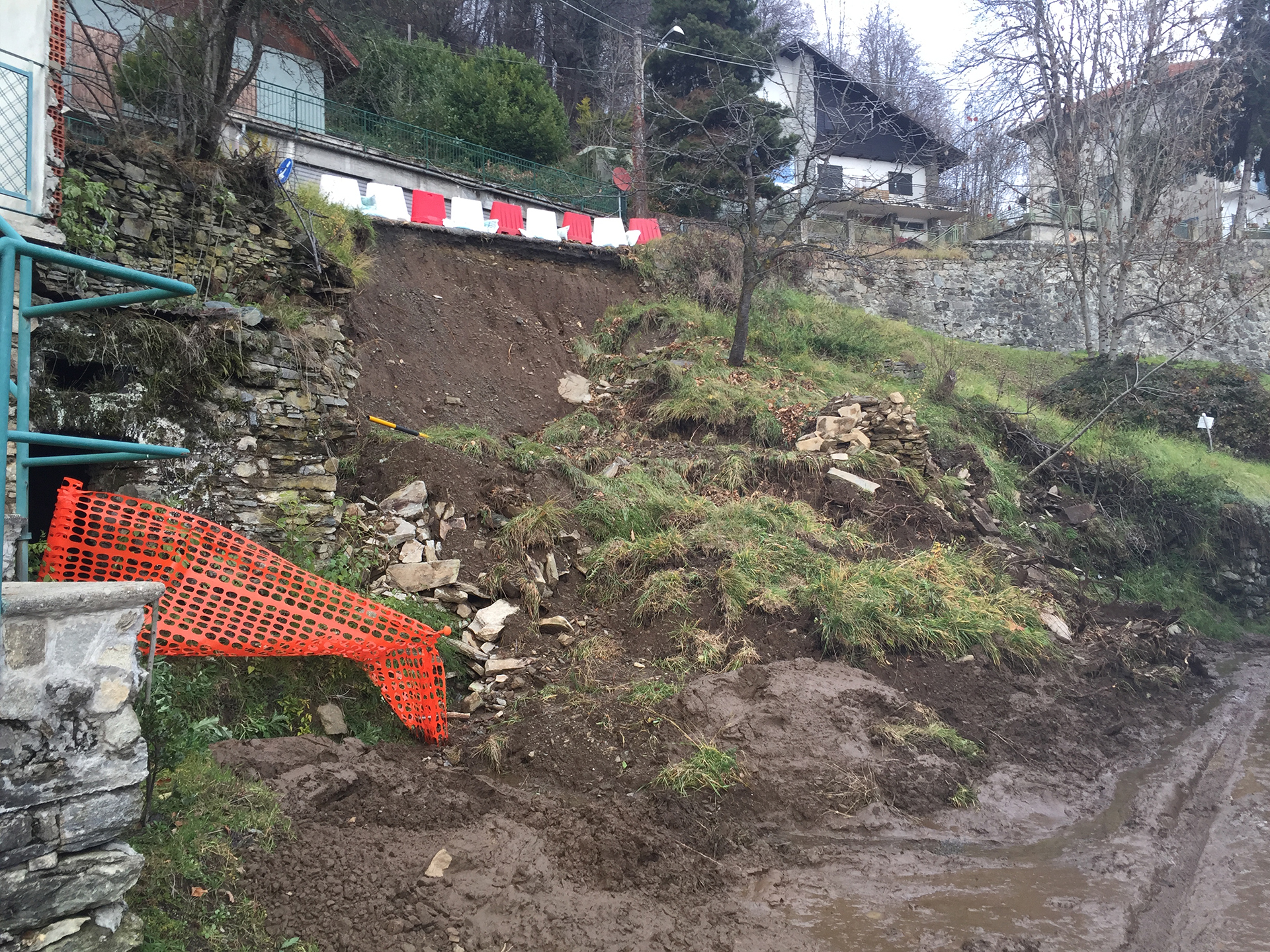 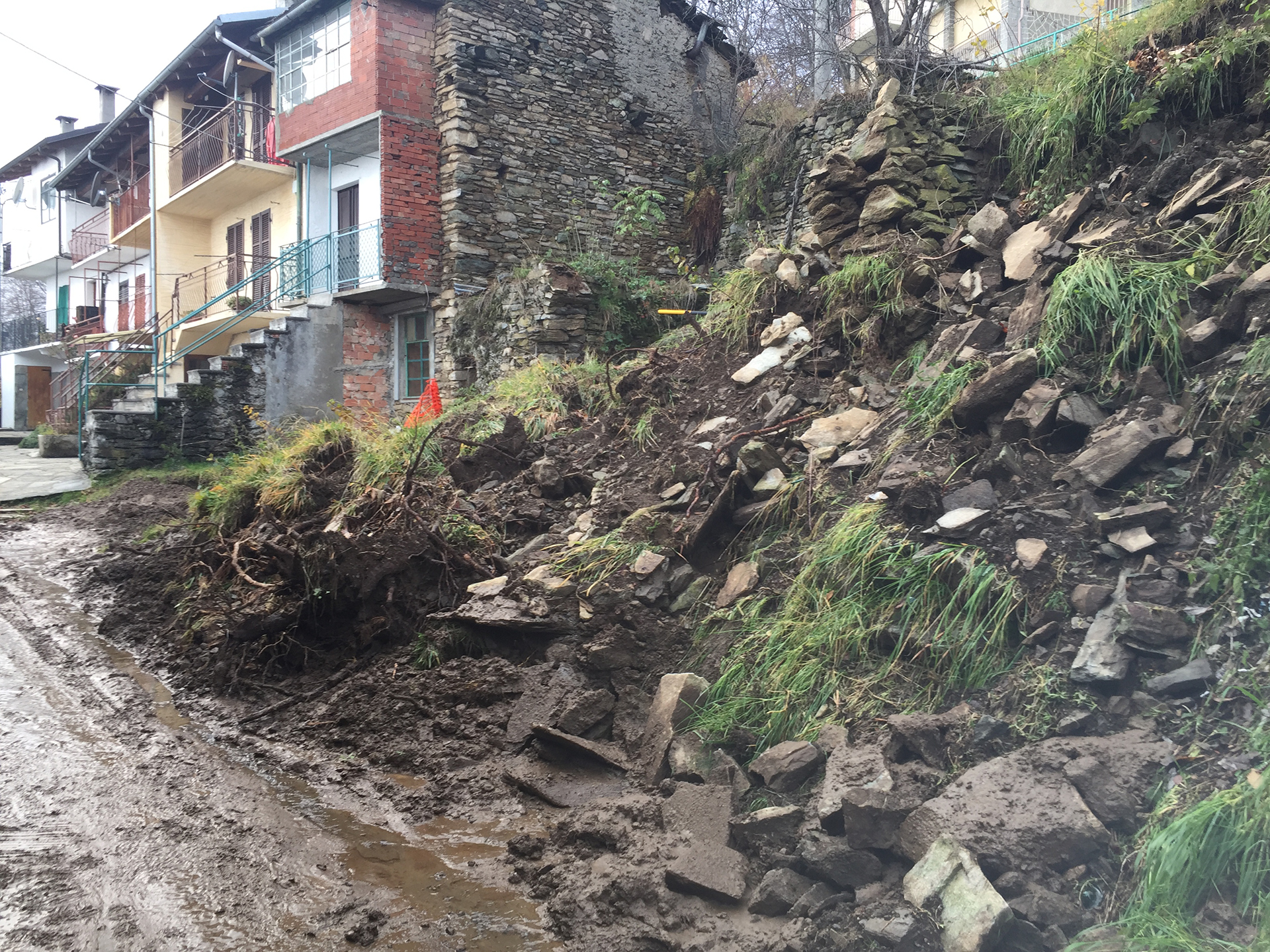