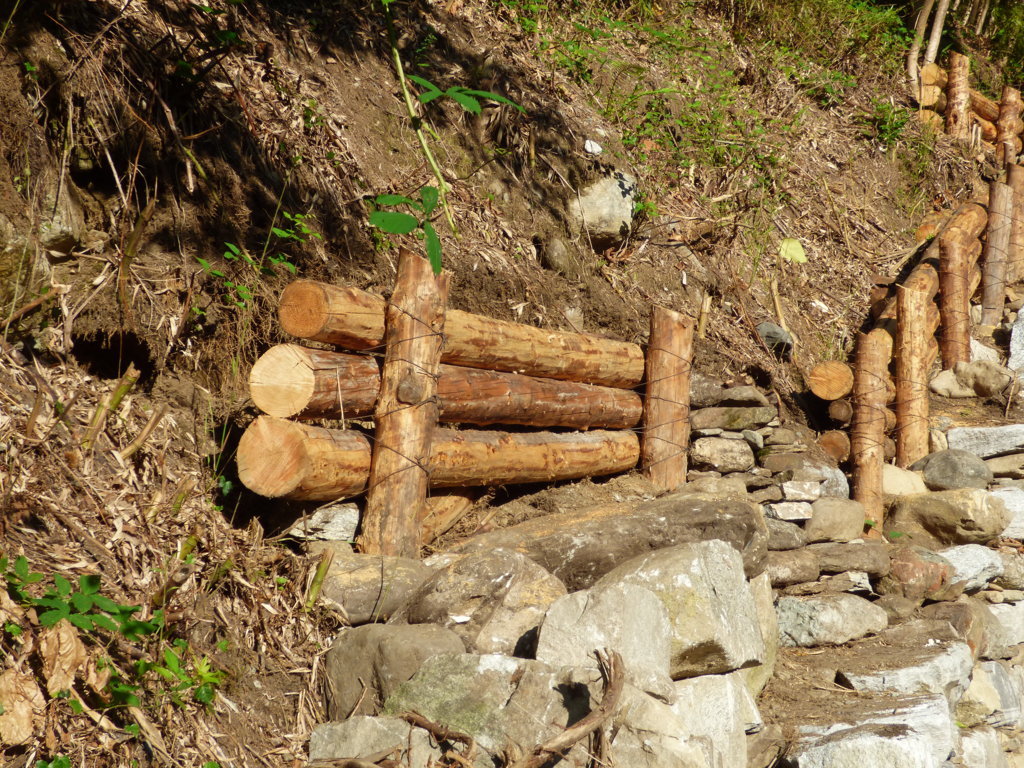 The Rio del Bondorì flows into the Torrente Cannobino in Lunecco and develops, in its terminal stretch, from the old municipal road of Falmenta to the mouth. The riverbed at the top of this stretch is made of rock and in the central part, along the entire eastern limit of the conoid, up to the parking lot of Lunecco, is an alluvial deposit. In the stretch in the ground the riverbed had forms of erosion, both of the bottom and along the banks. The bank erosion on the orographic right has affected the slope between the riverbed and the cemetery area giving evident forms of retreat with consequent slipping of debris into the riverbed. At times the riverbed had phenomena of over-flooding with narrowing of the runoff section. The presence of soil in the riverbed and along the banks has allowed the proliferation of vegetation, both shrubby and arboreal. The presence of vegetation along the banks and in the riverbed, added to the presence of debris, has contributed to further narrowing the outflow section of the flood waters. The interventions have allowed the restoration of the runoff section necessary to dispose of the flood water avoiding flooding and erosion phenomena both on the shore and in the riverbed. The intervention carried out allowed the consolidation of the right bank with the construction of a cliff and a simple pile and the restoration of the outflow section in the stretch between the bridge of the path to the cemetery and the parking lot on the provincial road.
Year : 2020 Client : Unione del Lago Maggiore Project Name : Consolidamento delle sponde e ripristino officiosità idraulica del Rio del Bondorì Location : Lunecco Comune di Valle Cannobina 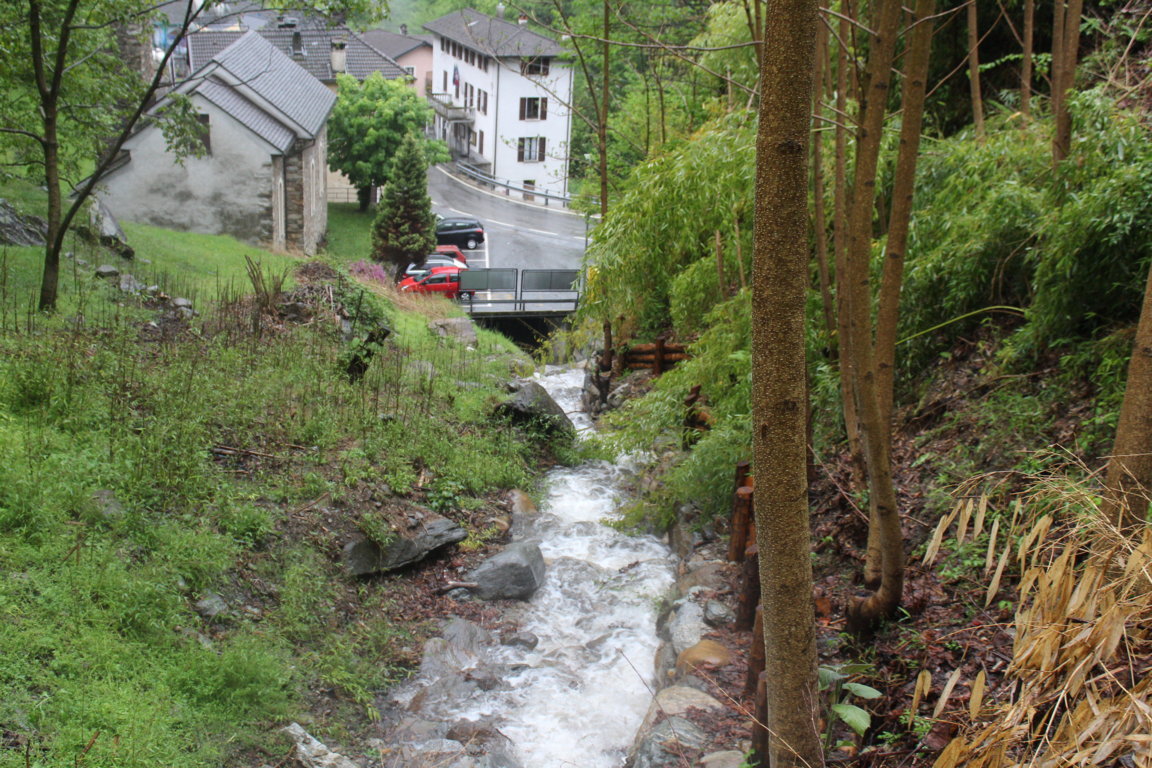