Redevelopment of the church square and park

The intervention involved the surroundings of the parish church of SS. Vincenzo and Anastasio in the Municipality of Pieve Vergonte (VB) and a large area bordering the church area and the adjacent cemetery. The church of Pieve Vergonte has very ancient origins, the lintel of the portal bears the date 1266, which was followed by the reconstruction in the Baroque period (year 1630), which involved the rotation of the main axis of the building from the previous north-west, to the current southeast. Before the intervention, the square and the areas around the church consisted of slabs of local stone leaning against the building and blocks of porphyry. The green area surrounding the cemetery on the south and east sides was agricultural, planted with stable grass, with spruce trees, white willows and two major ash trees. There is a sign of an old canal that is no longer stably powered. The project led to the redevelopment of the square in front of the parish and its surroundings with the reconstruction of the pavement with blocks of local stone and its extension in the part behind the church, the maintenance of an existing flowerbed and the planting of three horse chestnuts, the water management, the installation of manholes and grates in local stone, the refurbishment of the lighting and the connection with the neighboring park area.
Year: 2018/2019 Company: Comune di Pieve Vergonte Project Name:Redevelopment of the church square and park Location: Pieve Vergonte (VB) 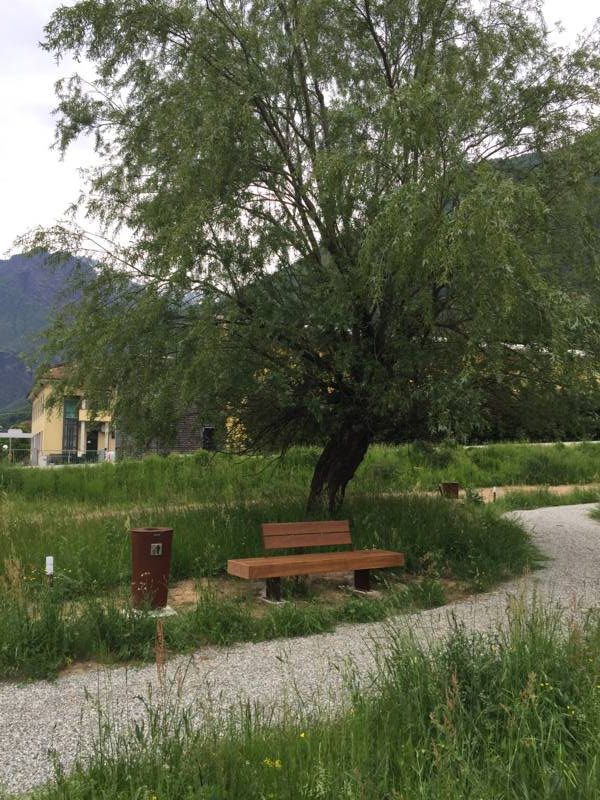 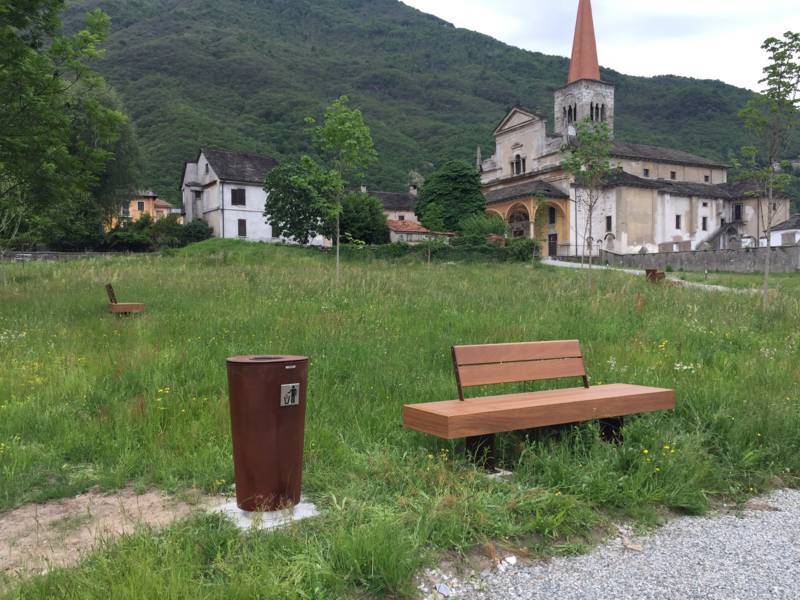