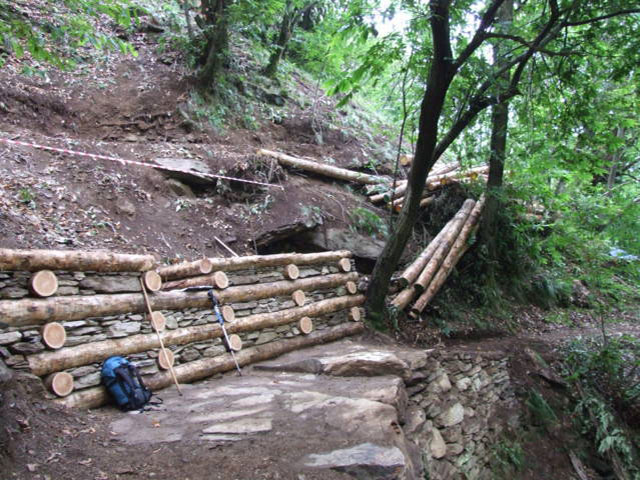 Restoration and safety of trails

Situation before the project The intervention concerned some paths of the National Park of Val Grande, the largest Wilderness area in Italy. The trail network of the park is very extensive and consists mainly of paths of junction between the main mountain pastures; this system of paths develops in a severe territory frequently acclive, characterized by numerous impluvia and rocky outcrops and is almost completely covered by woods. The paths are for long stretches made up of works of art in stone and timber, built over the centuries to allow the transit of people and herds; these works are subject to atmospheric events, which in the area of the Park, both for the orography and for the climatic conditions typical of the area, can also be of high intensity. The maintenance needs are almost continuous. In some portions of the trail network there have been phenomena of thirst that have made transit difficult. Interventions The project involved restoration and securing of some sections of paths along the main axes connecting the park. The main characteristics of the intervention were the large use of material found on site (chestnut wood and stone) and the construction techniques adopted. The interventions, designed and built for the containment and protection of the slopes, were carried out with naturalistic engineering techniques, while the stone works, such as retaining walls downstream of the tracks and retaining walls upstream, stretches of pavement, steps and other small works of art of support, have been restored according to traditional construction techniques. Some sections of the path with critical situations due to acclivity and the presence of rocky outcrops, have been made safe by putting in place certified chains and steel footrests.
Year: 2015-16 Customer: Val Grande National Park Intervention: Restoration and safety of paths Location: Val Grande National Park 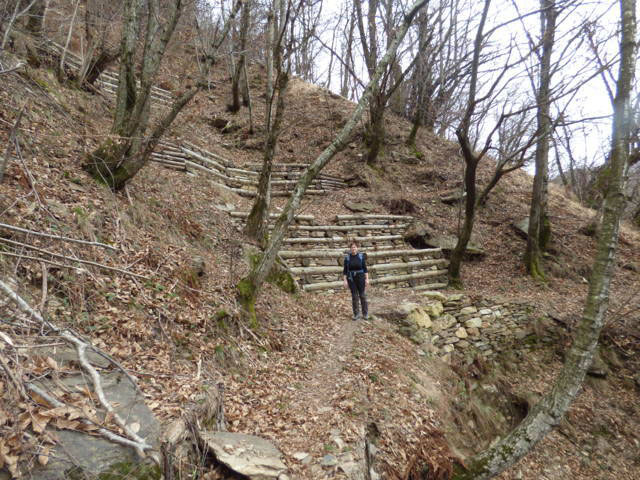 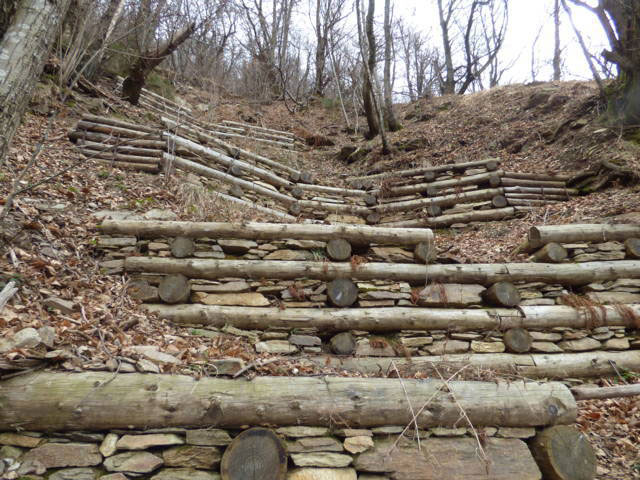 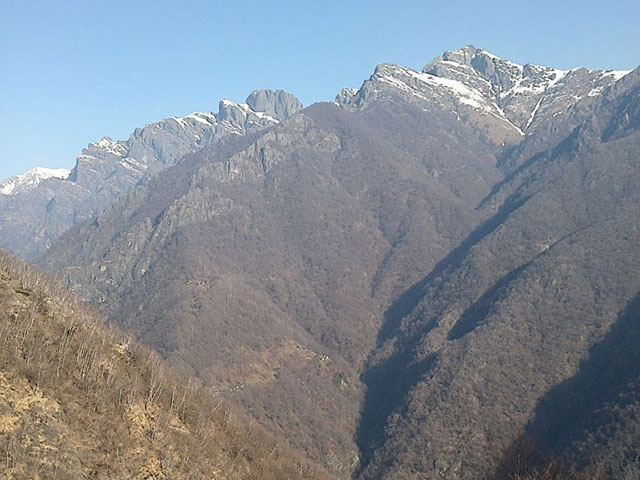 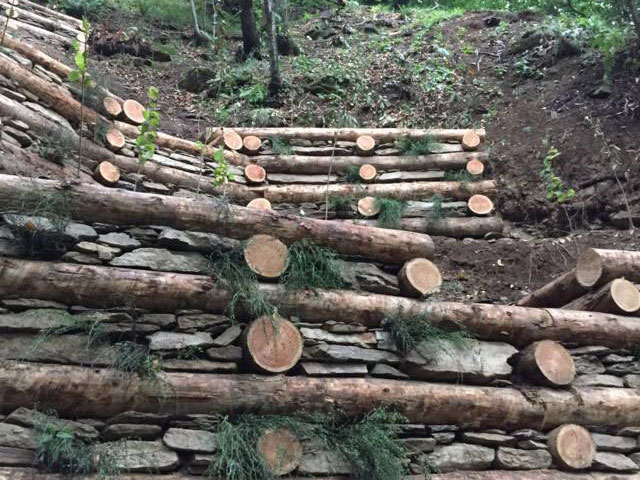 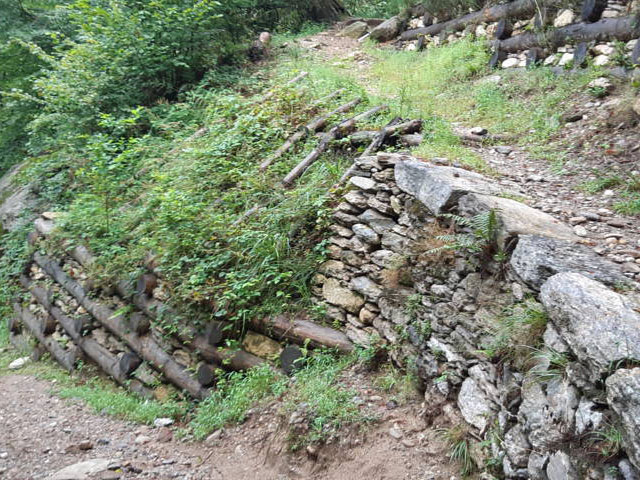 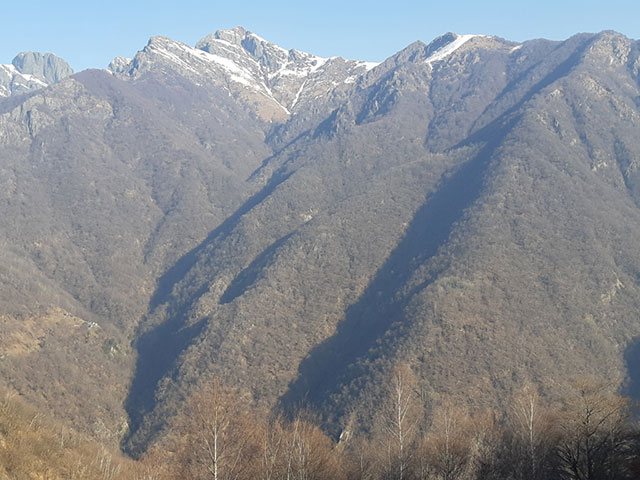 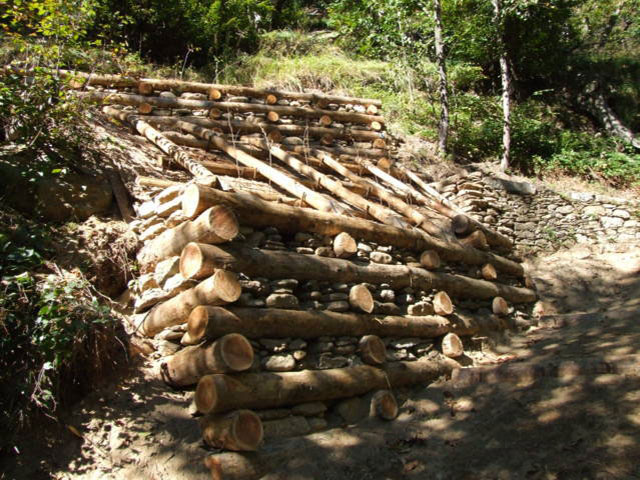 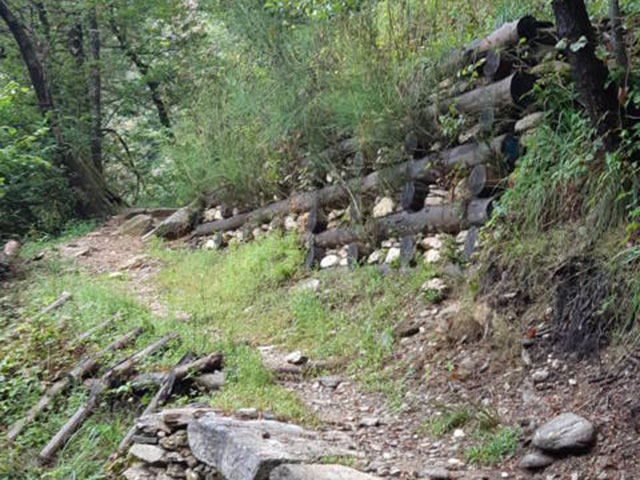 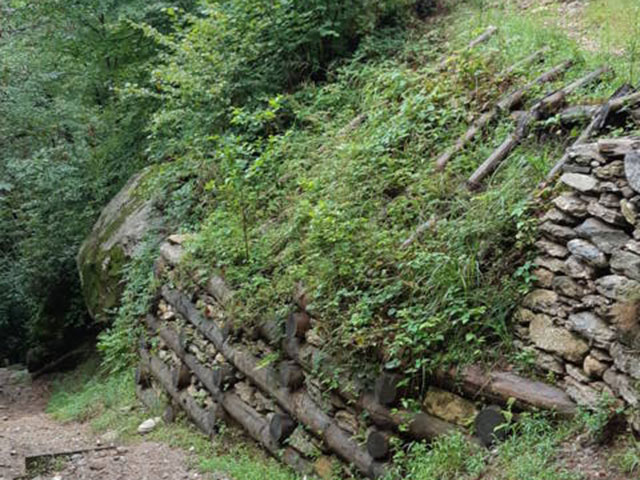 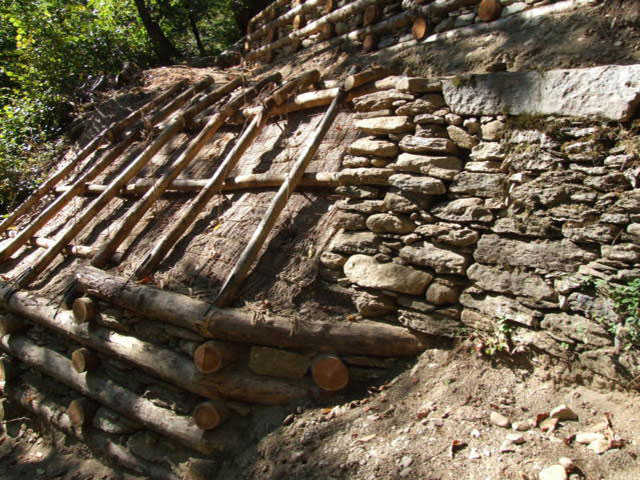 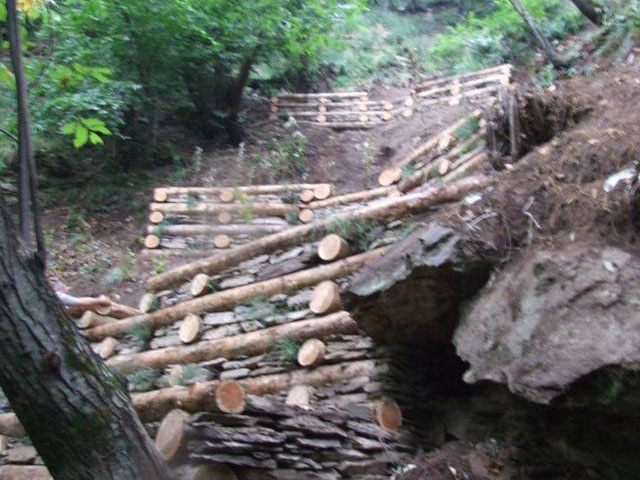